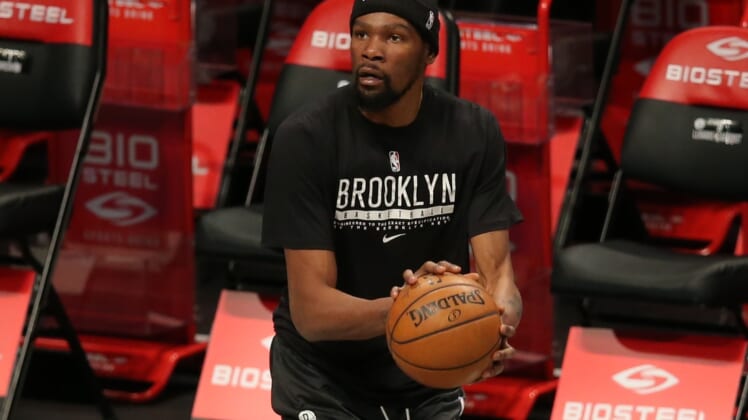 Brooklyn Nets injured forward Kevin Durant was fined $50,000 by the NBA on Friday for using offensive and derogatory language during a social media exchange.

The NBA said in its statement that Durant “acknowledged that his actions were inappropriate.”

Actor and comedian Michael Rapaport posted direct messages earlier this week that he said came from Durant. Included were messages that used threatening language and anti-gay and misogynistic slurs.

The Nets spoke to Durant about the messages, according to coach Steve Nash, and Durant apologized during a media session on Thursday.

“I’m sorry that people seen that language I used,” Durant said. “That’s not really what I want people to see and hear from me, but hopefully I can move past it and get back out there on the floor.”