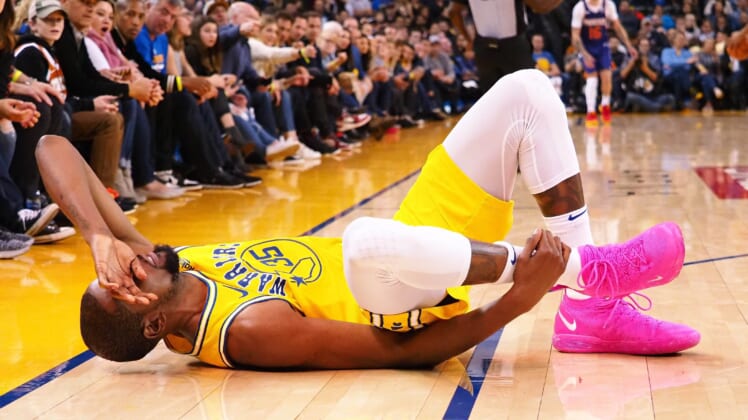 The Golden State Warriors lost Kevin Durant to an ankle injury in the fourth quarter of Sunday night’s game.

After he left, the Warriors lost the game to the Phoenix Suns, who were playing the second game of a back-to-back and, of course, are the worst team in the Association.

Thankfully, there was some silver lining, as Steve Kerr told reporters after the game that Durant’s injury doesn’t appear to be serious, per Anthony Slater of The Athletic.

Before exiting Sunday’s game, Durant had scored 25 points (leading Golden State at the time) on 9-of-17 shooting from the field.