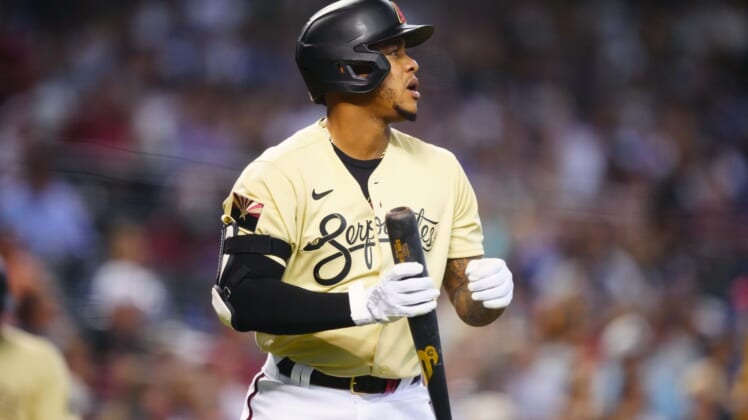 For the better part of the past two calendar years, there’s been widespread rumors that Ketel Marte wouldn’t be long with the Arizona Diamondbacks.

Rumors have persisted during this time that the Diamondbacks might look to trade Marte for prospects as the team looks to become relevant in the NL West.

That’s no longer the case. Reports have indicated over the past few days that Ketel Marte and the Diamondbacks have been talking about an extension.

That’s now come to fruition. According to multiple reports, Marte has agreed to a five-year, $76 million extension that includes $51 million in new money.

While Marte has seen somewhat of a downtick in production when it comes to his power numbers, the Dominican Republic native continues to hit at a high level. In fact, last season saw him post a .318 average with a .377 OBP and .909 OPS.

However, he also played a mere 90 games due to injury. This comes after Marte missed 15 of a possible 60 games during the truncated 2020 seasn. Hence, why he didn’t receive more money on this extension.

Arizona is coming off an ugly 52-110 season. It also lacks true star power up and down the roster.

Sure the D’Backs are not going to be playoff contenders this season. It’s all about a long-term rebuild. Even then, locking up Marte long-term is one positive that fans can look forward to with Opening Day nearing.