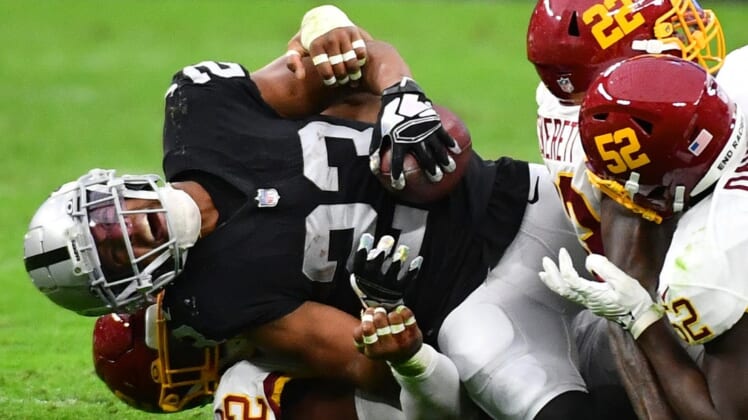 Drake broke his leg in December while Good suffered a torn ACL in Week 1 of the 2021 season and missed the rest of the campaign.

Drake, 28, rushed for 254 yards and caught 30 passes for another 291 yards in 12 games (two starts) last season, his first with the Raiders. He scored three combined touchdowns. He was placed on injured reserve on Dec. 8. He signed a two-year, $11 million contract with the Raiders in March 2021.