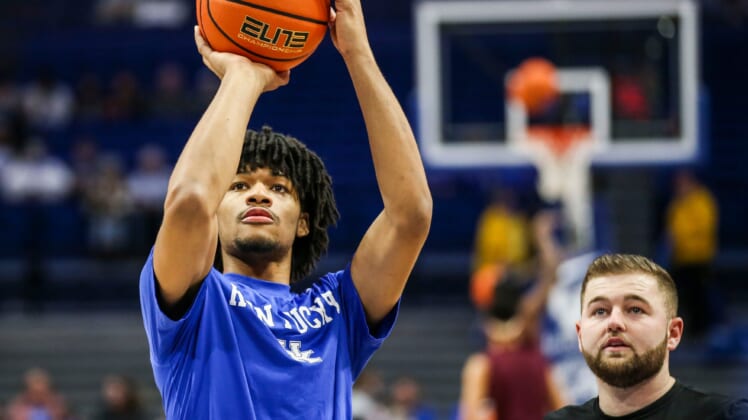 The 2022 NBA draft just landed a top prospect from the University of Kentucky who did not play one minute of college basketball this past season.

On Thursday, Shaedon Sharpe announced on his Twitter account his intentions to declare for the 2022 NBA draft, but would also maintain his college eligibility for next season. However, later in the day, ESPN confirmed with a source that the 18-year-old has no real intentions to return to Kentucky and will definitely take part in the June draft.

Heading into the 2021-2022 season, Sharpe was viewed as the top high school prospect in the nation before signing to play for the Wildcats. The expectation was for him to just practice with the team and make his collegiate debut in the 2022-2023 season. However, when reports stated he would actually be eligible for this year’s draft, there was a thought he could suit up for Kentucky in the second half of this past season. But he remained a redshirted freshman and never competed in an actual game for the team.

The 6-foot-6 guard from Canada is viewed as a top-10 prospect in this year’s class despite the lack of playing time at Kentucky. With the NBA playoffs already underway and the draft in a couple of months, here are four other top prospects entering the league this summer.

At 6-foot-10, and 250-pounds Paolo Banchero is built to be a nightmare on offense in the NBA. He has that special mix of great footwork and the ability to create his own shot that is a necessity in today’s NBA. While he certainly needs to improve his shot and defense, he is maybe the most NBA-ready player right now. And he projects to be a starter for years to come even if he doesn’t grow in those areas.

The sky is the limit for Auburn forward Jabari Smith. He is a big man with legit versatility and is one of the best three-point shooters among the NBA Draft’s best prospects, after shooting 42% from beyond the arc in 2021. The 6-foot-10, 210-pounder also filled up the stat sheet to the tune of 16.9 PPG, 7.4 REB, 2.0 AST, and 1.0 BLK last season. Along with that, he was a solid defender with room to get even better at the next level. 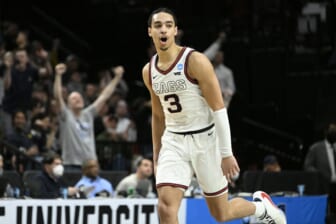 The only knock on the 18-year-old is that his ability to create his own shot is not as elite as his shooting touch. He can make any shot on the floor, but he needs to improve on his ability to make those opportunities easier.

Gonzaga’s Chet Holmgren is a rarity in being a seven-footer with a great handle, tremendous feel for the game, and the ability to make shots anywhere on the floor. While being a key anchor on a top squad all season long, he dropped 14.1 PPG, 9.9 REB, 3.7 BLK, and shot 39% from three. His offensive skills mixed with his high level of paint protection makes him a talent worthy of the top pick in the draft. 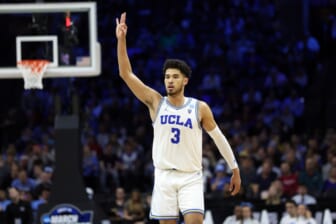 However, being a seven-footer that is under 200-pounds means strong and physical defenders could be very problematic for him at the next level. Luckily for Holmgren, he can handle himself in the paint but doesn’t rely on doing all his scoring there either.

Keegan Murray is the oldest of this quartet, but his experience showed in having an outstanding season for Iowa in 2021. He averaged 23.5 points. 8.7 rebounds, 1.5 assists, 1.9 blocks, and 1.3 steals while playing just under 32 minutes a game. At 6-foot-8 and 215-pounds, and with his well-rounded skill set, he is a player that can fit into various positions and in several different systems at the next level. 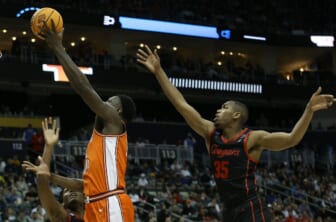 The issue with Murray is that he hasn’t shown the flash to where he can evolve into a special player in the NBA. That said, he could still be a very sound and solid starter, at least, in the league.