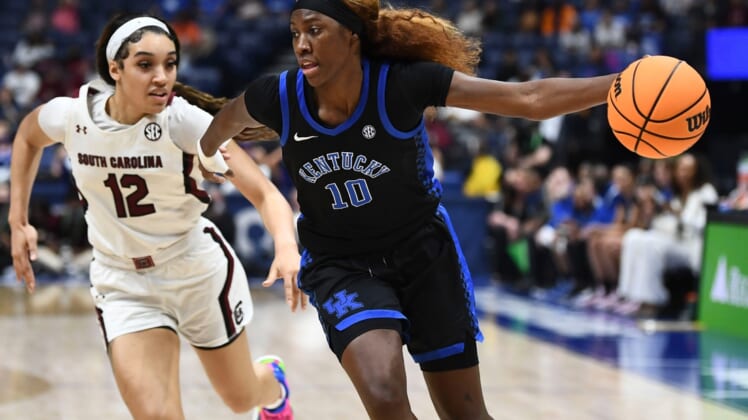 Kentucky guard Rhyne Howard was named an Associated Press First Team All-American for the third time on Wednesday when the entity released its annual team.

Moore and Paris were first-team choices on four occasions.

Howard averaged 20.6 points, 7.3 rebounds and 2.4 steals for the Wildcats (19-11), who won their first Southeastern Conference tournament crown since 1982.

“Rhyne Howard is the best player in women’s college basketball and completely worthy of being a three-time, first-team AP All-American,” Wildcats coach Kyra Elzy said on the school’s website. “She is the most versatile player I have ever coached. What sets her apart from everyone else is that she can play every position on the floor and be offensively and defensively exceptional at each.

“Her legacy at Kentucky is unmatched and we are so proud of all she has accomplished.”

While Howard was not unanimously voted to the first team, Boston, Clark and Smith all were. And Hillmon and Jones tied for votes for the final fifth spot on the First Team.

UConn’s Paige Bueckers, the National Player of the Year last season, was an honorable mention choice despite missing 2 1/2 months due to a knee injury.