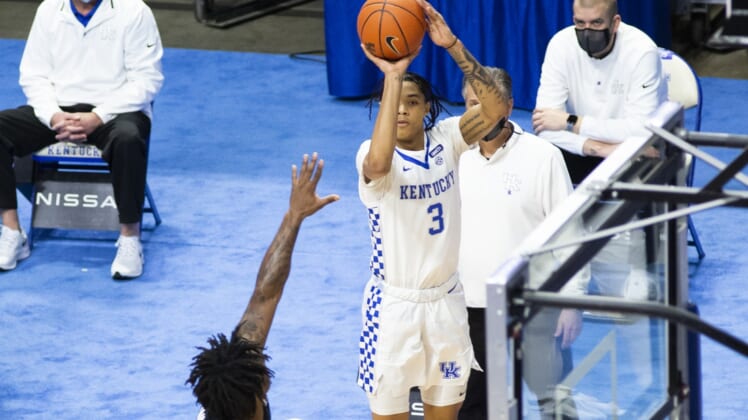 Kentucky freshman Brandon Boston declare for the NBA Draft on Saturday, becoming the third Wildcats player this week to leave for the pros.

Boston, who averaged 11.5 points and 4.5 rebounds per game in his only season in the Wildcats program, joins Isaiah Jackson and Terrence Clarke on their way out of Lexington after a disappointing 9-16 season.

“It was an honor for me to play for the Big Blue Nation this season and to suit up for one of the best coaches in the country,” Boston said via press release. “I want to thank Coach Cal, the staff, and my teammates for pushing me day in and day out to be the best player I could be. I’m proud of the progress I made on the court and off it this season. I’m disappointed in the results because we really wanted to win for the best fans in the country.”

Boston and Clarke have both said they’ll hire an agent, while Jackson has left the door open for a return next season.