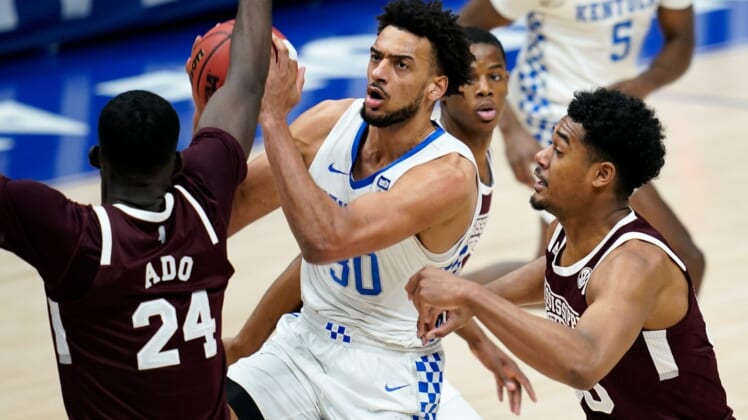 “I am so excited about what the future holds and ready to take on new challenges,” he posted on Twitter.

“I am so happy for Olivier and excited to see what he does with this next step in his journey,” Kentucky coach John Calipari said in a release. “Olivier really improved himself this season, yet he still has a ton of room to grow and has the type of skills that translate to that next level. At the end of the day, you are talking about a 7-foot skilled big man who can shoot it and block shots. He is only going to get better.”

Sarr transferred to UK from Wake Forest after averaging 7.8 points and 5.8 rebounds in 85 games (31 starts) over three seasons with the Demon Deacons from 2017-20.

The 22-year-old Frenchman is the fourth Kentucky player to declare for the July 29 draft. He joins freshman guards Brandon Boston Jr. and Terrence Clark, and freshman forward Isaiah Jackson, although Jackson has left open the possibility of returning to Lexington.