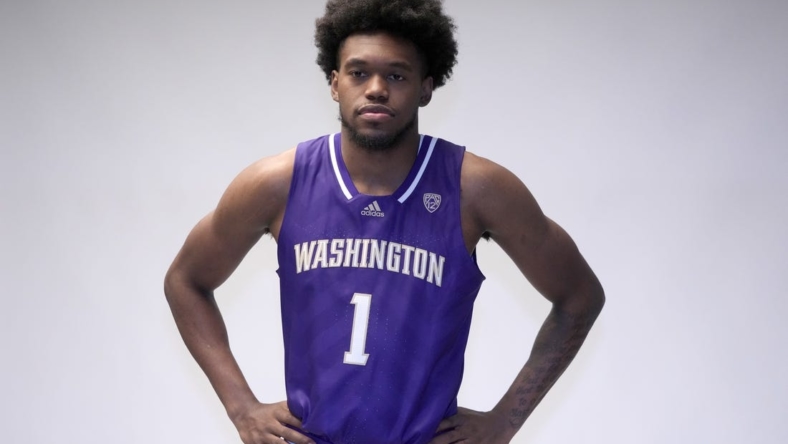 Keion Brooks Jr. recorded 20 points and seven rebounds in his Washington debut to lead the Huskies to a 69-52 victory over Weber State in the season opener for both teams on Monday night at Seattle.

Brooks played three seasons at Kentucky before transferring to Washington prior to this season.

Keith Dinwiddie scored 14 points and Steven Verplancken added 12 for the Wildcats. Standout Dillon Jones had just eight points on 2-of-10 shooting but also had eight assists and seven rebounds before fouling out.

The Huskies shot 47.1 percent from the field, including 6 of 19 (31.6 percent) from 3-point range. Washington outrebounded the Wildcats 35-24 and held an 18-1 advantage in second-chance points.

The Huskies took a 10-point lead for the first time when Brooks scored on a putback with 17:01 remaining.

The Huskies scored the next eight points, a run that included 3-pointers from Brooks and Cole Bajema, to make it 49-38 with 11:34 remaining.

Jones made two free throws to cut Weber State’s deficit to seven with 6:27 left, but Washington went on a 11-1 run to put the game away.

Fuller scored four straight points to push the advantage to 60-47 with 3:48 to play, and Keyon Menifield completed the flurry with a 3-pointer to make it 65-48 with 2:43 left to help the Huskies close it out.

Washington finished the first half with a 15-1 run to hold a 31-23 halftime lead.

Dinwiddie converted a three-point play and Junior Ballard drained a 3-pointer to give Weber State a 22-16 lead with 9:04 left in the half.

However, the Wildcats missed their final 12 field-goal attempts of the half and the Huskies took advantage.

Bajema’s 3-pointer gave Washington a 24-23 lead with 3:17 left. Brooks capped the flurry with a putback with 34 seconds remaining.