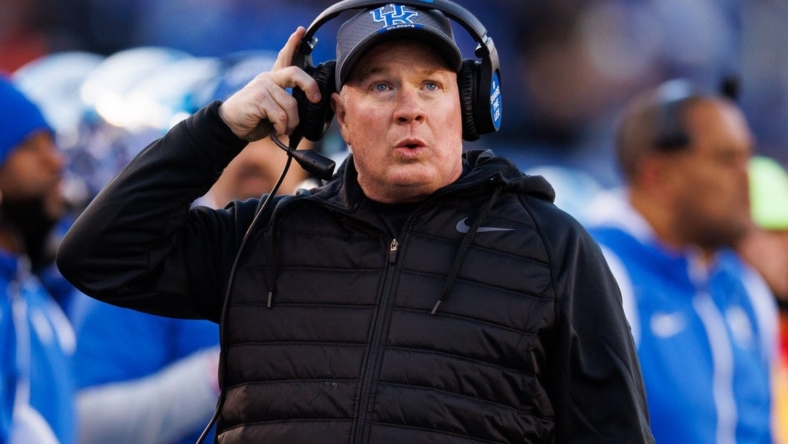 The deal, signed on Nov. 11, extends his current contract by three seasons and runs through June 2031.

Stoops, 55, will earn $8.6 million per season beginning in February 2023, according to multiple reports Sunday.

The Wildcats (6-5, 3-5 SEC) lost 16-6 to No. 1 Georgia on Saturday in Lexington, Ky., but are bowl eligible for the seventh consecutive season under Stoops.

“We have been working on this for over a month and are glad to have it finalized,” Kentucky athletic director Mitch Barnhart said in a news release. “Continuity has become more and more important in today’s landscape, and make no mistake about it, the job that Coach Stoops has done is well known and highly regarded throughout the college football world.

“This extension also recognizes what Coach Stoops has done over the past decade, with unprecedented achievements in the history of Kentucky football, and reinforces his commitment to UK as we strive for continued success in the future.”

The Wildcats finish the regular season Saturday at home against rival Louisville.