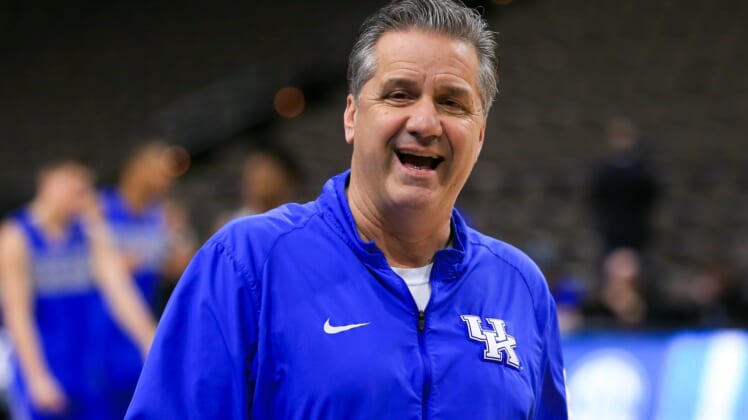 With UCLA reportedly in pursuit of John Calipari, Kentucky is doing everything it can to keep its longtime basketball coach.

Seth Davis of The Athletic reported that the Wildcats offered Calipari “what is essentially a lifetime contract extension in response to a lucrative offer the coach has received from UCLA.”

Calipari has enjoyed a great deal of success since joining Kentucky in 2009. He’s reached the NCAA Tournament nine times in 10 years, made four Final Four appearances, two trips to the NCAA Championship Game, and won a National Championship.

By comparison, the fabled UCLA program has fallen on harder times. Steve Alford was fired during the 2018-19 season. The Bruins finished the year at 17-16 and missed the NCAA Tournament. While UCLA did make the NCAA Tournament in four of Alford’s previous five years, the program hasn’t made a Final Four since 2008.

So, it’s easy to see why the Bruins would want Calipari. Davis reported that the deal they offered was for roughly $48 million over six years. But he also noted that “Calipari told UCLA last week he is not interested in leaving Kentucky.”

If Calipari signs the deal that the Wildcats reportedly offered him, he won’t be leaving Kentucky any time soon, either.