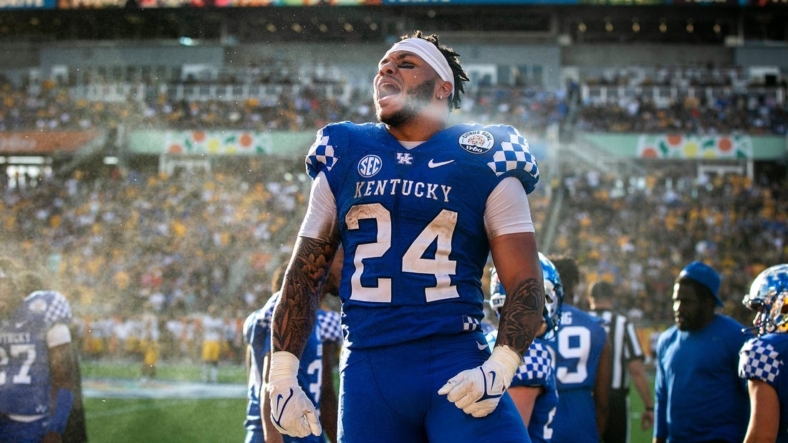 No. 9 Kentucky will be without star tailback Chris Rodriguez Jr. for two more games, which means the senior will return for the Wildcats’ next SEC contest.

Kentucky (2-0) hosts Youngstown State on Saturday and Northern Illinois on Sept. 24. Rodriguez will return for the Wildcats’ Oct. 1 game at No. 20 Ole Miss after missing their first four games.

Wildcats head coach Mark Stoops made the announcement Monday, although he declined to say why Rodriguez was suspended in the first place.

“I really don’t want to comment on that,” Stoops said. “It is what it is.”

Rodriguez was arrested for driving under the influence in May and pleaded guilty at a pretrial hearing in July. Also, Sports Illustrated reported last week that Rodriguez is a subject of a “multiplayer” eligibility inquiry by the NCAA.

Rodriguez, who also missed UK’s victories over Miami (Ohio) and Saturday at 12th-ranked Florida, is No. 6 on Kentucky’s career rushing list with 2,740 yards, including 1,379 yards and nine scores over 13 games in 2021.