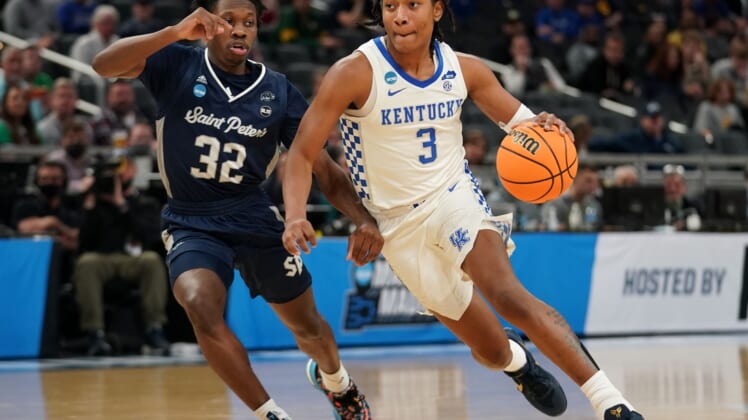 Kentucky freshman guard TyTy Washington declared for the NBA Draft on Wednesday and will forgo his remaining eligibility.

The 6-foot-3 Washington is a projected lottery pick.

Washington posted his announcement to Twitter and also told ESPN in an interview that he plans to hire an agent.

Washington was Kentucky’s second-leading scorer at 12.5 points per game despite spraining his ankle in January.

“I wasn’t anywhere close to full strength in the past two months of the season,” Washington told ESPN on Wednesday. “My ankle had moments where it felt really good and then others it was really hurting. After the Auburn game, that’s when things went downhill. It was a nagging injury that I never really got right. I’m still not 100 percent now, but I’m getting close.”