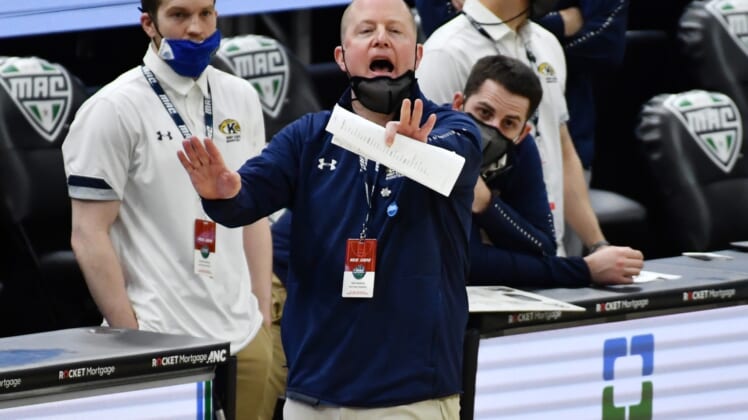 The extension will keep the basketball coach in Kent, Ohio, through the 2025-26 season.

“Kent State is a second home for me and my family,” said Senderoff. “I am incredibly excited to continue to lead the Golden Flashes moving forward. I think the future is incredibly bright here at Kent State and cannot wait to lead us to even greater heights!”

Senderoff, 47, has put together an overall record of 196-129 in his 10 years at the helm of Kent State basketball, including a 99-77 record in MAC play with five postseason trips (and one NCAA Tournament in 2017).

Under his tenure, the Golden Flashes have also shown a propensity for knocking off power-five opponents, with six such wins being notched during that time frame.

“We are thrilled to extend the contract of Coach Senderoff,” athletic director Randale Richmond said. “The impact he has had on our student-athletes both on and off the floor has been tremendous. His consistency is a testament to the passion he brings to the program.”