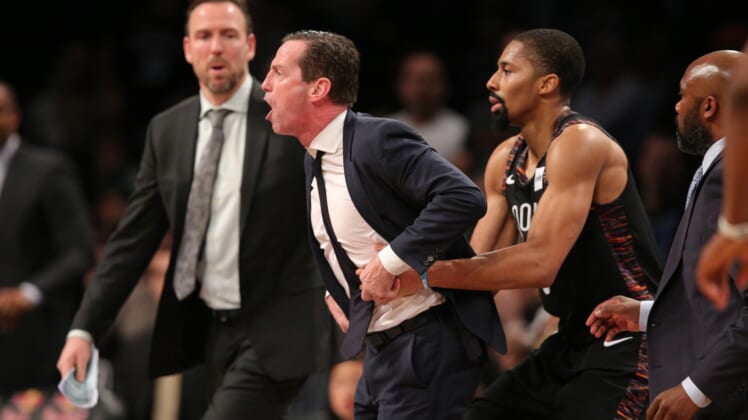 The NBA has come down hard on Brooklyn Nets head coach Kenny Atkinson following his tirade against the refs Friday night as he exited the game.

According to Shams Charania of The Athletic, Atkinson has been fined $25,000 for “verbally abusing” the refs and for his exit following his ejection.

After the game, Atkinson seemed remorseful over his tirade.

He explained himself a bit further, saying it was “Just frustration on my part. I have to coach myself. I don’t love that scene out there. That’s not what I’m there for. I’m not here to make a show. So I apologize for that. That’s not who I am. But it happens in this league sometimes with the emotion and intensity of the game.”

The Nets snapped a seven-game win streak in their 114-106 loss to the Indiana Pacers.