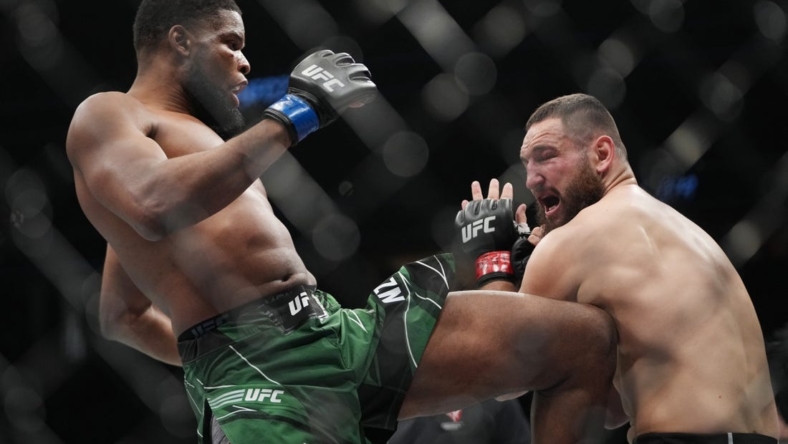 Kennedy Nzechukwu defeated Ion Cutelaba by technical knockout in the second round of their light heavyweight bout at UFC Fight Night on Saturday in Las Vegas.

The bout was the final fight on the card but not the main event. Derrick Lewis was forced to withdraw hours before his main event bout against Serghei Spivac with a non-COVID illness.

Nzechukwu improved to 11-3 (5-3 UFC) with a knee strike and ensuing punches to put an end to the fight when the referee stopped the onslaught at 1:02 of the second round.