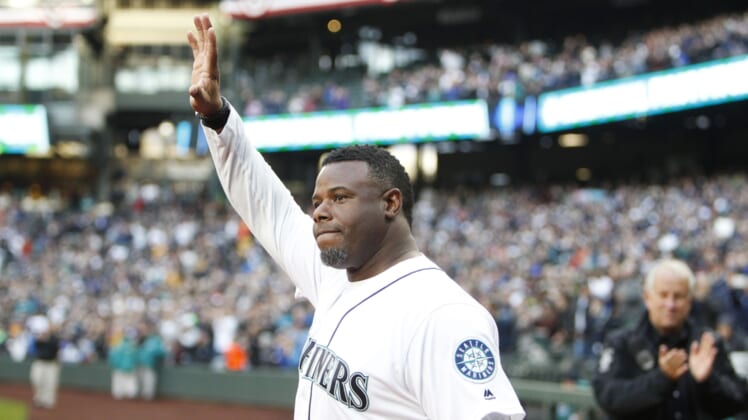 MLB also said Griffey will work as an MLB ambassador for youth baseball initiatives and at special events, including the All-Star Game.

“We are thrilled that Ken will represent Major League Baseball on some of our sport’s most important stages, alongside our current and future stars,” Manfred said in a news release. “We welcome the perspective and insights that Ken gained as an historic player, as a parent, and as someone who has spent his life in and around our great game.”

He was elected to the National Baseball Hall of Fame in 2016, receiving votes on 99.3 percent of ballots in his first year of eligibility.

“I am humbled to be asked to work with Major League Baseball in this role,” Griffey said. “It will be an honor to represent the best sport in the world and to promote our game among today’s youth.”

Griffey retired with 630 career home runs and is seventh on the all-time list. He is 16th in MLB history with 1,836 RBIs.

Since 2016, Griffey has served as a youth ambassador for MLB and the MLB Players Association on their joint baseball development initiatives.