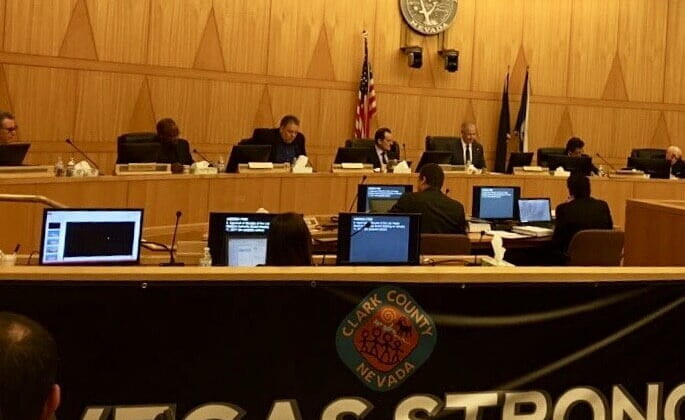 Despite ongoing concerns over an appearance of a conflict of interest, the Urban Chamber of Commerce president and Las Vegas Stadium Authority board member is elected to chair this important committee.

After weeks of grumbling over the possible nomination and appointment of Las Vegas Stadium Authority Board member Ken Evans as chairperson of the Community Benefits Plan Oversight Committee, the Board voted unanimously Thursday to appoint him to that role.

Evans, who was contacted over numerous weeks for comment on his possible appointment but did not respond to the Las Vegas Raiders Report, will lead the seven-member committee.

During Ken Evans’ nomination, Authority Board member Tommy White said he had legal guidance stating that Evans’ ascension to the role could create legal jeopardy for the Board. He was rebutted by the Board’s own legal counsel, who said it was allowed under Nevada statute. Despite that opinion, legal counsel did not cite the statute specifically, nor provide it to the public.

The Las Vegas Raiders Report has filed an official request for the legal opinion, including citing of the statute. We believe a citation of the statute should be made available for clarification and the public good.

“I stood on integrity and rejected all of that (outrageous community benefit plan demands) and to be appointed by the Raiders means the world to me.” – Community Benefits Oversight Committee Appointee Peter Guzman

Guzman, who attended the meeting, offered impassioned public comment about his selection, claiming the Latino community had not been included as part of the committee until the Raiders selected him. Guzman also alleged his community was threatened to be left out of the original Community Benefits plan by Senator Ford (who is currently running for Attorney General) because he did not agree with including demands for money and other requests from the Raiders.

“There was a moment when I was really questioning whether or not standing on integrity – when all these different community benefits plans with specific zip codes and dollar amounts came out – would mean we’d be left out,” Guzman said following his selection. “I stood on integrity and rejected all of that. To be appointed by the Raiders means the world to me, I will always cherish this moment.”

Guzman said he continues to be shocked the Authority Board, and others who appointed members to the committee, overlooked the Latino community, the fastest growing segment of Las Vegas.

“They (the Raiders) didn’t allow it to continue, and it’s a proud day for Latinos,” he said.