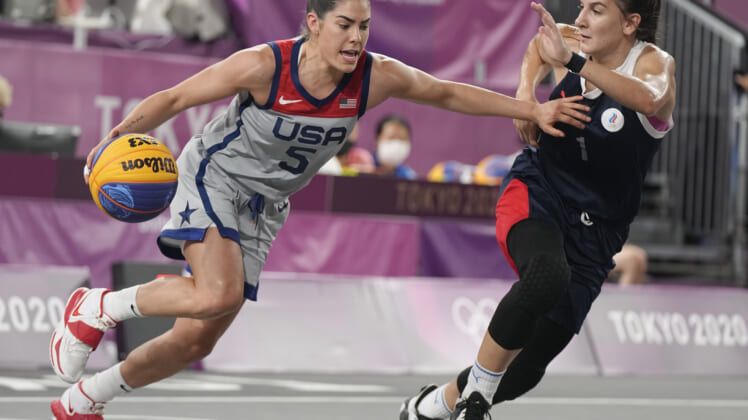 Ahead of the Las Vegas Aces’ second game of their five game semifinal playoff series against the Phoenix Mercury, guard Kelsey Plum has been announced as the WNBA’s Sixth Woman of the Year.

This is the third straight year that a member of the Las Vegas Aces has won the award with the previous two being awarded to Dearica Hamby.

In 26 games, Plum led all scorers coming off the bench, averaging a career-high 14.8 points while also averaging 3.6 assists.

Kelsey Plum tied a WNBA record, recording 30 point-performances in two games off the bench. She scored over 20 points in eight games and the Aces went 7-1 in those games.

Coming off a season in which they lost to the Seattle Storm in their first WNBA Finals since moving from San Antonio, the Las Vegas Aces finished the season with the second best record in the WNBA at 24-8 ending the season on a four-game win streak. 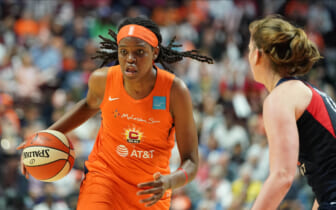 They only lost consecutive games on one occasion the only team in the WNBA that did not lose more than two games in a row at one point in the season.

After securing a bye in the first two rounds of this year’s playoffs, the Aces tipped off their playoff run defeating the Phoenix Mercury 96-90. They will look to get one step closer to clinching another WNBA Finals berth when they face the Mercury tonight in game two of the series.