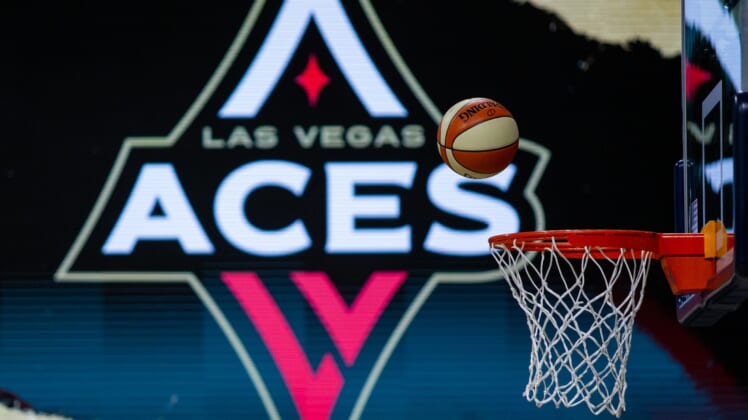 All five Las Vegas starters scored in double figures, led by Kelsey Plum with 20 points, and the Aces overwhelmed the visiting Phoenix Mercury in the second half en route to an 86-74 win on Tuesday.

Las Vegas (4-1) dug an early hole, trailing by as many as 12 points in the first quarter. But the Aces chipped away and cut the deficit to four points by halftime, then took command after intermission.

The Aces held the Mercury (2-2) to just two points through the first 4:29 of the third quarter. After taking the lead during the initial Phoenix drought, Las Vegas went on a quick, 9-3 run that pushed the advantage to double digits.

The lead ballooned to as many as 19 points in the fourth quarter, but the Aces went on a nearly five-minute drought without a field goal. Phoenix went on an 11-1 run to pull within eight points with 1:52 remaining.

Plum put an end to the Mercury rally with a pair of 3-pointers on consecutive Las Vegas possessions. Plum finished 4 of 8 from beyond the 3-point arc, pacing the Aces to a 9-of-23 night from long range.

Wilson also had 16 points, and Gray dished out nine assists.

Tina Charles finished with 17 points and nine rebounds for the Mercury, who continue to deal with the absence of Brittney Griner. The seven-time All-Star and two-time scoring champion Griner has been held in Russia since being arrested in February.

Shey Peddy came off the Phoenix bench to score 13 points in the loss. Diamond DeShields added 11 points, and Skylar Diggins-Smith finished with 10 points and six assists.