WATCH: Kelee Ringo comes up with pick-six of Bryce Young to seal title for Georgia 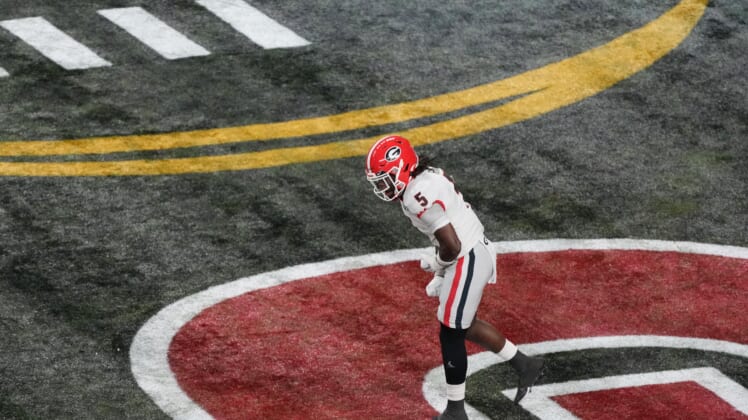 Up 26-18 late in the fourth quarter of Monday night CFP Championship Game against Alabama, Georgia cornerback Kelee Ringo decided to etch his name in football lore.

The red-shirt freshman picked off Heisman winner Bryce Young on a third-and-10 with with less than a minute remaining in the fourth quarter.

Ringo then returned the ball 79 yards for the touchdown to pretty much put the game away for the Bulldogs. Check it out.

We’re not 100% sure what Bryce Young was doing there. Throwing late and to the outside with multiple Georgia defenders probably isn’t a recipe for success.

With that said, we have to give credit to Kelee Ringo for making the play and turning it up the field — pretty much ending the game in the process.

For Ringo, this represented the second intereception of his collegiate career for the five-star recruit from Arizona. Monday is also the first time that Young have been picked off twice in a single game during his Crimson Tide career.