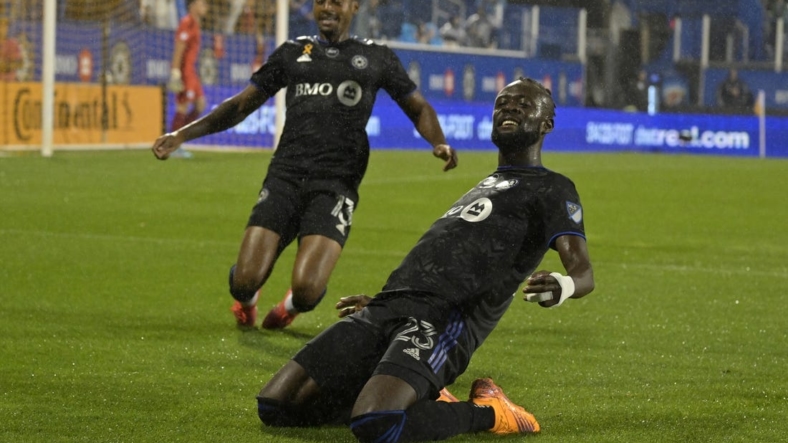 Kei Kamara scored twice and added an assist for CF Montreal in a 3-2 win against the visiting Chicago Fire on Tuesday.

Zachary Brault-Guillard contributed a goal and an assist to the victory, which assured second-place Montreal (17-9-5, 56 points) of no worse than a top-four finish in Major League Soccer’s Eastern Conference.

Chicago (9-14-8, 35 points) had its three-game unbeaten streak snapped despite getting two goals from Xherdan Shaqiri.

Kamara gave Montreal a 1-0 lead in the 21st minute. Ismael Kone sent a pass into the box through the legs of Fire defender Miguel Navarro to Kamara, who got his heel on the ball to send it by goalkeeper Gabriel Slonina.

The veteran was at it again in the 29th minute. Brault-Guillard forced a turnover outside the box and got the ball over to Kone. Kone quickly dished off to Kamara, who struck from the edge of the box to make it 2-0.

Jhon Duran nearly replied for the visitors a minute later when he hustled down the pitch and drew goalkeeper Sebastian Breza off his line, but Duran’s shot sailed over the net.

Chicago got one back in the 39th minute. Duran was fouled in the penalty area by Breza, who collided with Duran in the box after the forward directed a shot through the goalmouth and past the far post. Shaqiri connected from the spot to cut the deficit to 2-1.

The goal gave the Fire life, and the visitors pushed to level the score, earning a free kick a few minutes later and spending more time on the attack.

But it was the home side that would connect next.

Kamara sent a short pass up to Brault-Guillard and the speedy fullback maintained possession into the box before striking from the right side and finding the inside of the far post, putting Montreal ahead 3-1 in the 44th minute.

Shaqiri converted on a penalty kick for the second time to bring Chicago to within one in the 57th minute. The Fire were awarded the penalty after Duran was pushed down inside the box.