Kedon Slovis to start at QB for Pitt 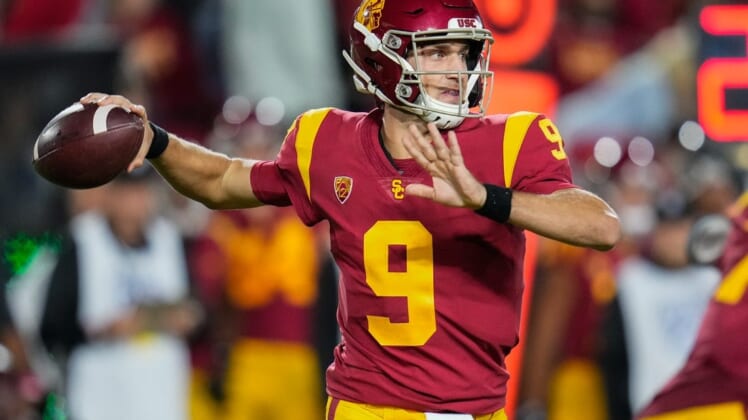 Kedon Slovis will start at quarterback for Pitt when the No. 17 Panthers open the season against rival West Virginia on Sept. 1.

The Southern California transfer beat out Nick Patti, who backed up starter Kenny Pickett last fall. Pickett was a first-round draft pick of the Pittsburgh Steelers in April.

Coach Pat Narduzzi said Wednesday that he and his staff considered the “whole body of work” from summer camp.

“We’ve looked at every tiny, little detail of every statistic, from third down, red zone, team,” Narduzzi told reporters. “It was not an easy decision.

“They both have a high IQ at that position. Both of them can lead our football team into an ACC schedule. We have confidence in both of them. Unfortunately, at the quarterback position, there’s one guy. It becomes a one-man show.”

Slovis entered the NCAA transfer portal earlier this winter after three seasons under center for USC.

In 27 career games, Slovis has thrown for 7,576 passing yards, 58 touchdowns and 24 interceptions on 68.4 percent passing. His stats have ticked down each year after an impressive freshman campaign in 2019, when he threw for 30 TDs against just nine picks in 12 starts.

The Trojans overhauled their program with the hire of coach Lincoln Riley from Oklahoma, who was able to flip Class of 2023 five-star quarterback Malachi Nelson from the Sooners to USC. Oklahoma starter Caleb Williams also followed Riley, narrowing the opportunities for Slovis.

Slovis ended the 2021 season with a lower leg injury, finishing the year with 2,153 yards, 11 touchdowns and eight interceptions.