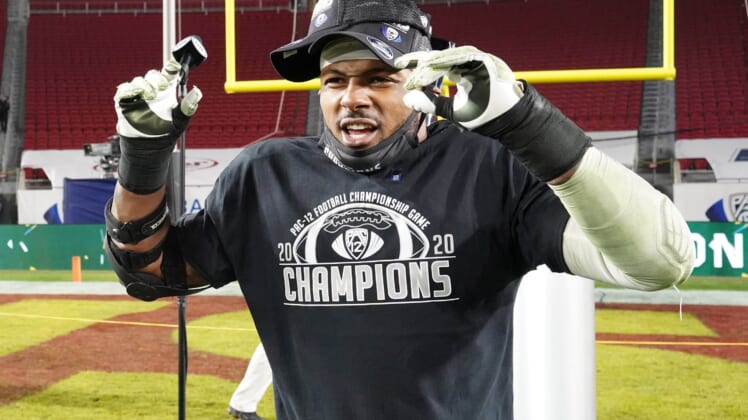 The work is available on OpenSea, and as of this writing, is being sold for $103.76.

Nike has provided Oregon with some of the most colorful, diverse and downright dazzling uniforms in college football for a number of years. The Ducks’ brand is strong beyond Eugene, Oregon, largely as a result of the team’s apparel and the program’s success.

It’s important to back up such bold, loud threads with stellar play on the field, and Oregon routinely does that.

Thibodeaux is the latest highly-touted player to come through the Ducks’ program. He’s now set to benefit from the NCAA’s decision to allow athletes to profit off their name, image and likeness.

After racking up 14 tackles for loss and nine sacks as a freshman, Thibodeaux had 9.5 TFL and three more sacks in 2020 in only seven games. Listed at 6-foot-5 and 250 pounds, he’s considered one of the premier prospects likely to enter the 2022 NFL Draft.

Plenty of earning potential is in Thibodeaux’s future, but it’ll be nice for him to gain some more financial security while he prepares for the pros.