The team did not disclose the terms of the deal, but Yahoo Sports and The Athletic reported Leonard signed a four-year contract. According to The Athletic, the new contract is worth $176.3 million.

Leonard underwent surgery on a partially torn ACL in his right knee on July 13, and there is no timetable for his return.

A Southern California native, Leonard first joined the Clippers in 2019 after a high-stakes free agency period. He and star teammate Paul George have yet to bring the Clippers to the NBA Finals. 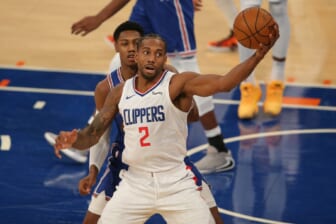 In 2020-21, Los Angeles reached the Western Conference finals but lost in six games to the Phoenix Suns. Leonard missed the entire series with his knee injury.