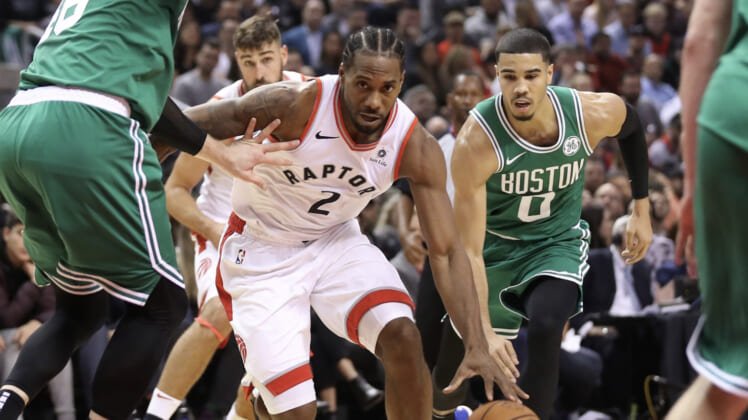 New Balance has been out of the basketball kicks game for a while but has landed a big fish as it relaunches its hardcourt division. Kawhi Leonard will be the new face of New Balance Hoops.

In a short video released Thursday morning ahead of the 2019 NBA All-Star Game, New Balance teased its new line of basketball shoes. Leonard will debut his new line during the All-Star Game, it would appear.

Kawhi. NB Hoops. We Got Now.

The company appears to be seizing on Leonard’s no-nonsense approach to the game — he’s not flashy, doesn’t create drama, but remains one of the best in the business due to his work ethic and talent.