Karl-Anthony Towns on incident with Joel Embiid: ‘I’m going to defend myself’ 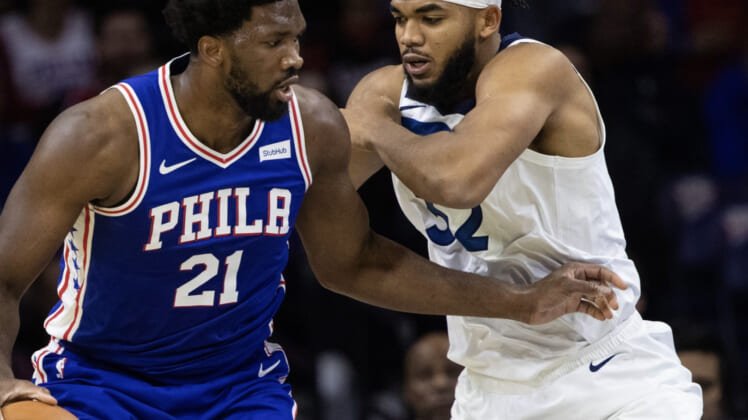 The NBA world was shook last week when two of the game’s best young big men got into a pretty major spat, resulting in matching two-game suspensions.

Returning to practice on Tuesday, Towns made it clear where he stands. He’s not apologizing or backing down.

“Listen I’m going to defend myself. I ain’t going to take nothing. That’s a very talented player,” Towns said, via Jon Krawczynski of The Athletic. “I just had to defend myself in that situation.”

No lies detected. Towns has to stand up for himself in similar situations, especially going up against a player in Embiid who likes to get under the skin of opponents.

That type of fight has been missing during an otherwise brilliant career for Towns in the Twin Cities. This could act as a turning point for the All-Star.