Towns suffered the injury on Wednesday night against the Washington Wizards, taking a hard fall onto the court. Listed as questionable on the NBA injury report Friday, the Timberwolves put Towns through a pregame workout to determine if he could play through the issue.

Already a 9.5-point underdog against the Nets, per BetMGM, the Timberwolves will be short-handed for a matchup against one of the best teams in the NBA.

How will the Karl-Anthony Towns injury impact the Timberwolves?

With the two-time All-Star sidelined Friday night, center Naz Reid will slide into the starting lineup. It will be Reid’s first start of the season.

Reid filled in as Minnesota’s starter for 15 games during the 2020-’21 NBA season. During that stretch, he averaged 25.9 minutes per game posting a 109 Offensive Rating, 112 Defensive Rating and averaged 13.1 points and 6.3 rebounds in those starts.

The injuries to Towns and Beverley came right as this team started putting it together defensively. According to NBA.com, the Towns, Beverley, Anthony Edwards, Jarred Vanderbilt and D’Angelo Russell lineup posted an 84.9 Defensive Rating in their last six games together.

Considering Towns was a game-time decision Friday, there’s a realistic chance he could return when the Timberwolves play the Atlanta Hawks on Monday at Target Center. 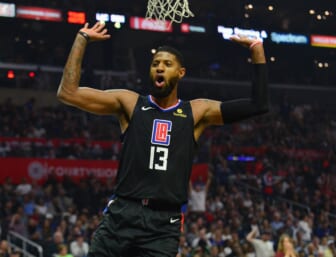