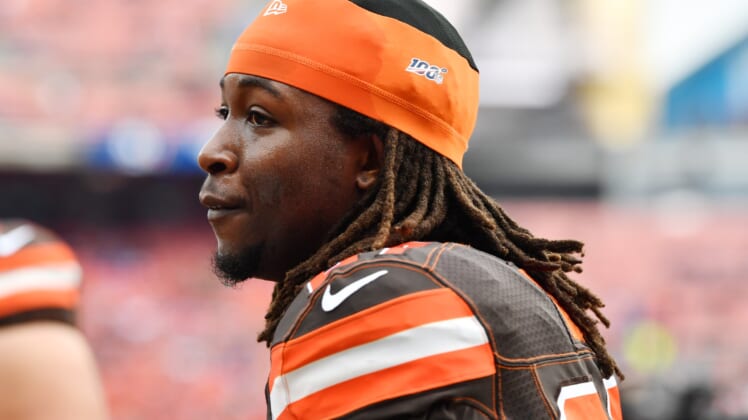 Cleveland Browns running back Kareem Hunt has experienced plenty of problems off the gridiron during his NFL career. Fortunately, Hunt won’t be facing marijuana charges for another legal incident in January.

The 24-year-old was pulled over a few weeks ago for speeding on Interstate 90. When officers pulled him over, they detected the scent of marijuana and found a small amount in his career.

The Rocky River Police Department let Hunt off on the marijuana possession with a warning and now the department has confirmed he will not face any charges.

If Hunt can manage to avoid any further legal trouble, he’ll likely return to Cleveland for the 2020 season and will be a big part of the team’s plans. If he can play up to his potential, the Hunt-Nick Chubb duo will give Cleveland the NFL’s best backfield.