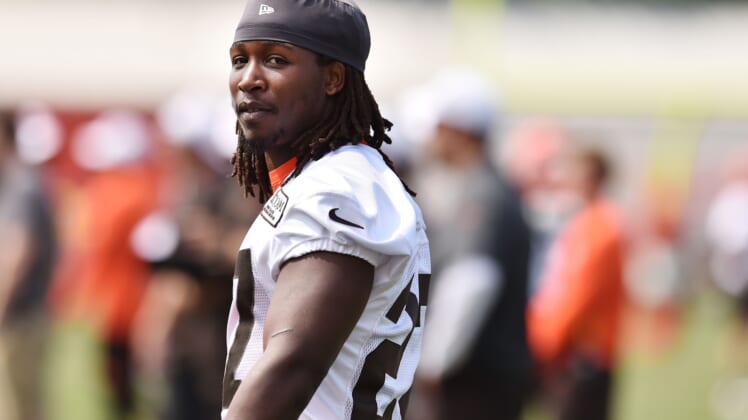 Earlier this summer, Cleveland Browns running back Kareem Hunt made negative headlines once more with an incident at a local bar in which police were called to the scene.

Hunt was never charged, and on Monday he expressed gratitude that the Browns “still have my back” while characterizing the incident as a “misunderstanding.”

Hunt also said he’s trying to “be smart,” continuing with his counseling, “laying low and continue working to be a better person.”

“I’m just doing whatever it takes to, you know, stay out the way, and you know enjoy myself and my family, and keep my mind on football,” he continued.

He concluded by saying he’s just working hard to “not make the same mistake again.”

Hunt will open the 2019 season on an eight-game suspension stemming from multiple off-field incidents, including his highly publicized attack on a woman outside of his hotel room in February of 2018.