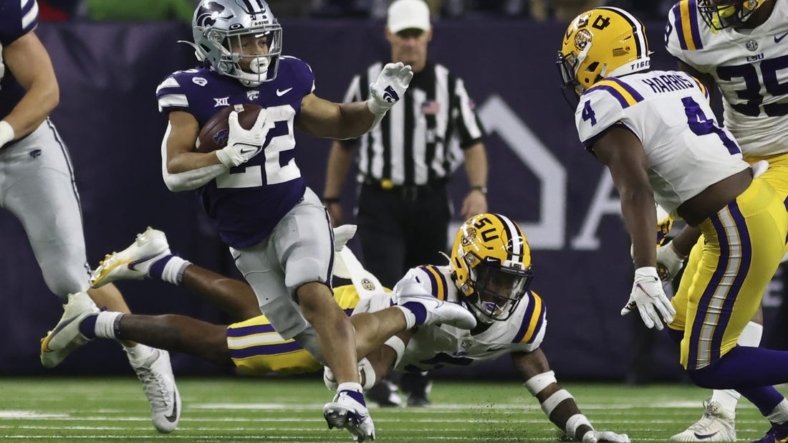 An experienced Kansas State team returns to the field Saturday, led by running back Deuce Vaughn, one of six returning consensus all-Americans nationwide, as the Wildcats host South Dakota in the season-opener for the third time in eight seasons.

Vaughn became the 11th consensus all-American in program history, and the first to return since kick returner David Allen in 1999. He likely will move into the top 10 in K-State history in all-purpose yards, needing just 57 yards against the Coyotes.

K-State also returns seven starters from a defense that trimmed more than 11 points off their points per game allowed from 2020, with a majority of those coming along the defensive line and at cornerback. Eli Huggins and Felix Anudike-Uzomah return on the line, while Ekow Boye-Doe, Julius Brents and TJ Smith are back in the secondary.

K-State brings back most of its special teams specialists. Returners in Malik Knowles (kickoffs) and Phillip Brooks (punts), each of whom have garnered All-America status in their careers. Sixth-year punter Ty Zentner and placekicker Chris Tennant also return.

The Wildcats will be starting a new quarterback, but Adrian Martinez brings plenty of experience after spending the last four seasons calling signals at Nebraska.

“We named six captains totally voted on by their peers,” coach Chris Klieman said in his last preseason press conference. “I’m excited about those six guys and how they represent Kansas State on the field, off the field. We’re excited about the leadership that those guys are going to bring as well as a bunch of other guys because we had a lot of guys received votes.”

South Dakota will lean on its running game as well. The Coyotes featured two of the top-eight rushers in the Missouri Valley Football Conference last season in true freshman Nate Thomas and third-year freshman Travis Theis.

Thomas suffered a non-contact injury in the spring and will miss 2022. But Theis will be joined in the backfield by Shomari Lawrence, who missed most of last season with an injury, plus Mike Mansaray and three true freshmen.

“This group understands that it’s going to take multiple running backs on gameday throughout the season,” said running backs coach Dante Warren. “They band together and there’s a family aspect there. The older guys especially do a great job of making sure everyone is up to standard on the practice field so that we are ready on gameday.”