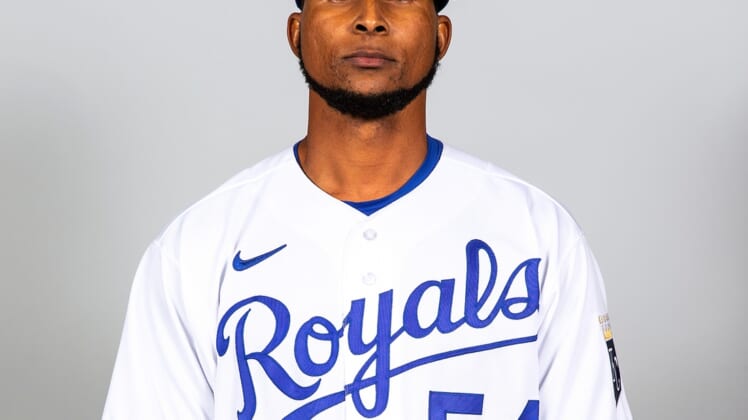 Veteran right-hander Ervin Santana is back in the big leagues for the first time since 2019 after the Kansas City Royals selected his contract on Tuesday.

The Royals added the 38-year-old Santana to the organization in December on a minor league contract and added him from the team’s alternate training site.

Santana, 36, did not pitch in the majors in 2020. This offseason he pitched for Tigres del Licey in the Dominican Winter League.

McBroom, who turned 29 on Friday, did not put a ball in play in his five plate appearances this season, going hitless with four strikeouts and one walk.

Staumont, 27, is in his third season and has not yet allowed a hit in three relief outings, with three strikeouts and one walk in 3 2/3 scoreless frames. The Royals did not disclose specifics on any injury to Staumont.