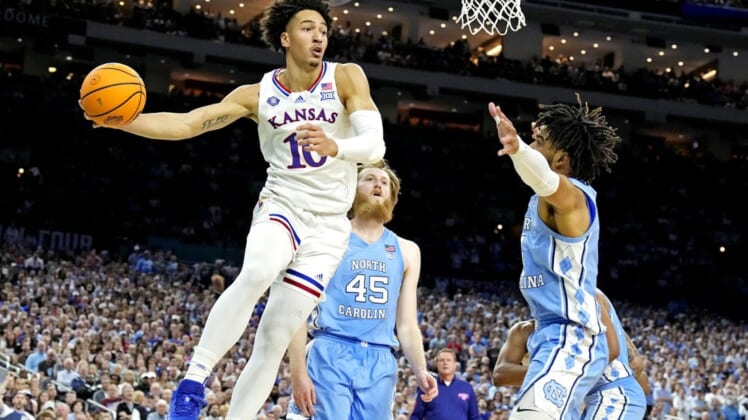 Kansas forward Jalen Wilson pulled out of the 2022 NBA Draft on Wednesday and decided to return to Kansas.

Wilson, a key member of the Jayhawks’ national championship team, had to withdraw from the draft by June 1 to maintain his college eligibility.

“We are all very excited to hear the news today from Jalen and his family that he will be returning to school for the 2022-23 campaign,” Kansas coach Bill Self said in a news release. “He’s gone through the process and the process did exactly what it is intended to do. It gave him the feedback he needed to make an educated decision.

“We’re proud of the maturity Jalen showed in making the decision and very excited to put him a position to where he can enhance his opportunities to not only play, but have a long career in the NBA. Our team got a lot better today.”

Wilson averaged 12 points and 9.7 rebounds during Kansas’ six NCAA Tournament victories. He had 15 points in the title-game win over North Carolina.