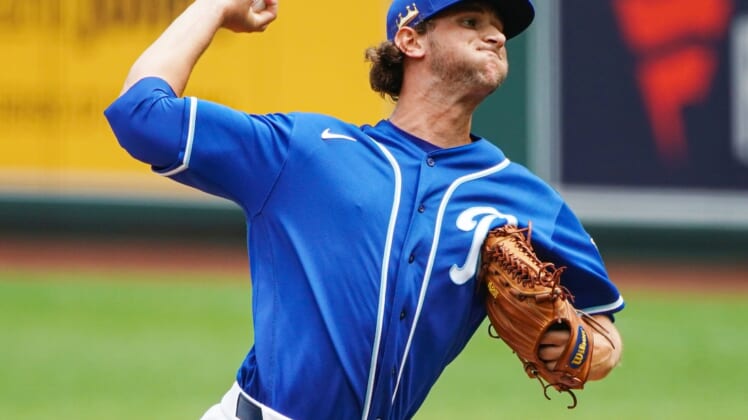 Kansas City Royals manager Mike Matheny said the team will select the contract of top right-handed pitching prospect Jackson Kowar and have him make his major league debut in a start on Monday night against the Los Angeles Angels.

Kowar, a first-round pick (33rd overall) by the Royals in 2018, is rated the No. 4 prospect in their farm system by MLB.com.

The 24-year-old will be greeted by an Angels lineup that features Shohei Ohtani and Anthony Rendon.

To make room for Kowar, Matheny said the Royals will option right-hander Jakob Junis to Omaha. In 15 games (five starts) this season, Junis is 2-3 with a 5.19 ERA.