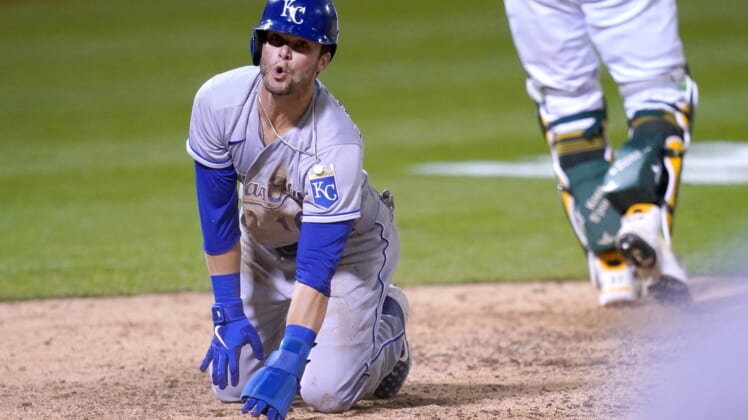 The Kansas City Royals put outfielder Andrew Benintendi on the 10-day injured list on Monday with a right rib fracture.

An X-ray on Monday revealed a hairline fracture. Benintendi suffered the injury making a throw during Sunday’s game in Oakland, Royals manager Mike Matheny said. Benintendi missed most of the 2020 season, his last in Boston, with a rib injury.

The Royals acquired Benintendi from the Red Sox in a three-team trade in February.