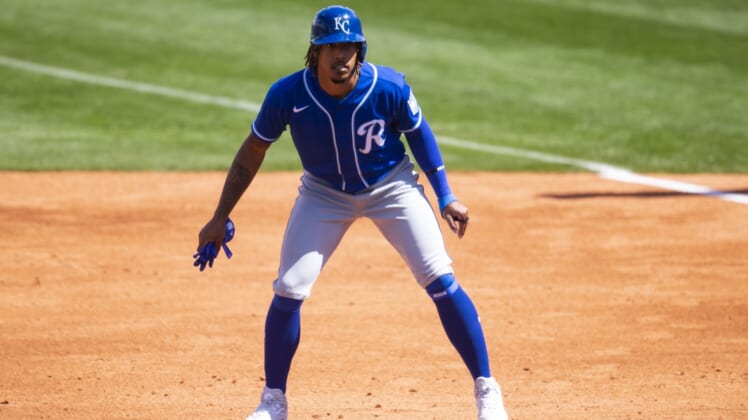 The Kansas City Royals placed shortstop Adalberto Mondesi on the 10-day injured list with a right oblique strain on Wednesday, one day before the season opener against the Texas Rangers.

The move is retroactive to March 30.

Last season, Mondesi led the majors with 24 steals in the shortened season. He batted .256 with six homers and 22 RBIs in 59 games.

Lopez was expected to be Kansas City’s starting second baseman but he was demoted after batting just .118 with 13 strikeouts in 34 spring at-bats.

Standout right fielder Whit Merrifield will move to second base and start the opener.

The Royals haven’t announced a starter at shortstop but Hanser Alberto won the backup middle infielder job by batting .355 in 31 spring at-bats.