Dozier hasn’t played since sustaining a concussion in a collision with Jose Abreu of the Chicago White Sox on May 14 during the first game of a doubleheader. The 29-year-old also has been dealing with a quadriceps injury in addition to neck discomfort.

Dozier and Abreu were involved in a fierce collision after Dozier popped up a pitch and headed toward first base. Abreu came charging in pursuit of the ball and he and Dozier violently slammed into each other. 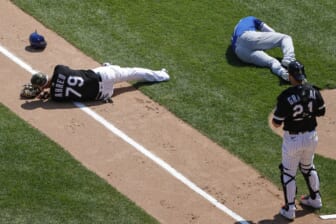 It is the second straight season in which Dozier has struggled following a breakout 2019 season in which he batted .279 with 26 homers, 29 doubles and 84 RBIs in 139 games. He also tied for the major league lead with 10 triples.