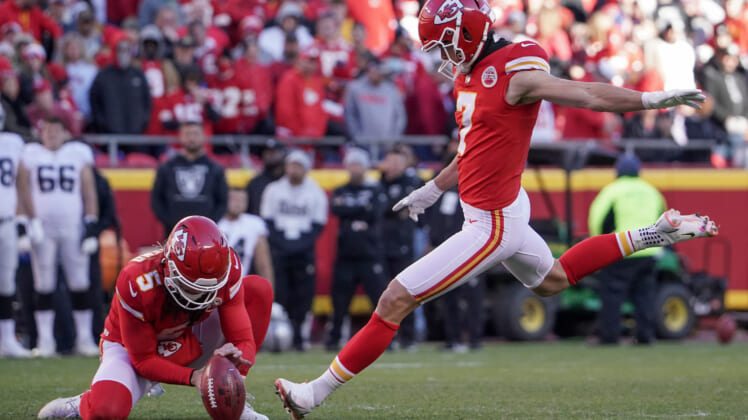 Well, this could be an interesting game. In Week 16 when the Kansas City Chiefs take on the Pittsburgh Steelers, you may not see any players dressed in red kicking a ball, well other than kickoffs. The Chiefs are without both their starting kicker and punter today due to both being on the league’s Covid reserve list.

Harrison Butker has gone 41-of-43 on extra point kicks this season, but he won’t get a chance to improve on his numbers today, after being placed on the COVID reserve list.

Elliott Fry, who was on the team’s practice squad will take over Butker’s kicking duties today. Fry has only ever attempted one field goal in the NFL, coming in 2020 with the Atlanta Falcons, when he made a 23-yard kick. He also has gone one-for-two on his XP attempts.

At punter, the team will be without Tommy Townsend, who is also on the COVID list. The Chiefs decided to bring in his older brother, who is also an NFL punter. Johnny has also spent time with the Chiefs and will get another chance today, filling in for his sibling this time around. 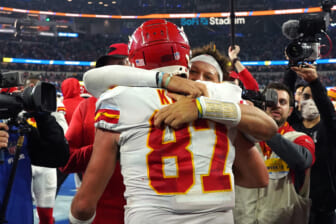 Without their starting kicker and punter today, look for the Chiefs to play true backyard ball, going for it on 4th-and whatever and opting to go for six, instead of lining up for a kick. That includes more two-point conversions as well.

While it’s an unfortunate situation for any team to be in, the Chiefs may be as prepared as any franchise in the league with Patrick Mahomes at quarterback. Though, not having his red zone security blanket in tight end Travis Kelce won’t make matters any easier.

The 10-4 Kansas City Chiefs take on the 7-6-1 Pittsburgh Steelers today at 4:25 PM ET on CBS. Kansas City can clinch a playoff berth with a win.