The Kansas City Chiefs reportedly made a trade offer to the Pittsburgh Steelers for linebacker Melvin Ingram.

NFL Network said Thursday that the Steelers declined the offer because they don’t want to trade the three-time Pro Bowler to another AFC team.

Ingram, 32, is reportedly seeking a trade to get more playing time. He has played 62 percent of the defensive snaps for Pittsburgh (3-3) through six games this season, tallying 10 tackles, six quarterback hits and one sack.

He signed a one-year, $4 million contract in July. 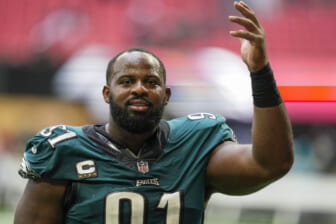