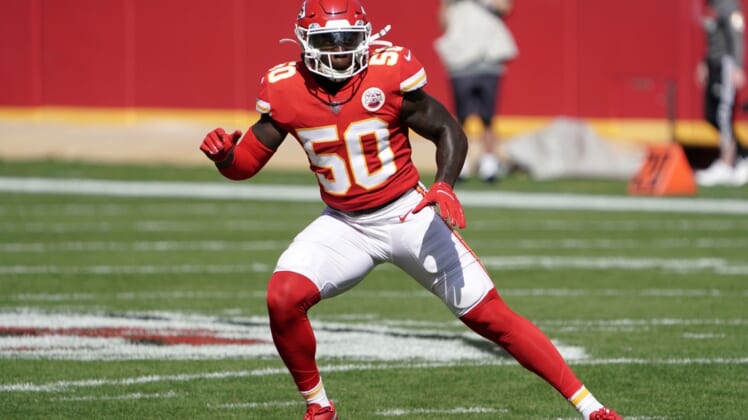 Gay, 22, sustained the injury during Thursday’s practice. He is expected to be ready for the start of the 2021 season, per the report.

Gay recorded 39 tackles, one sack and one forced fumble in 16 games since being selected by the Chiefs in the second round of the 2020 NFL Draft.

He did not participate in either of Kansas City’s postseason games due to a sprained ankle sustained in the season finale versus the Los Angeles Chargers on Jan. 3.