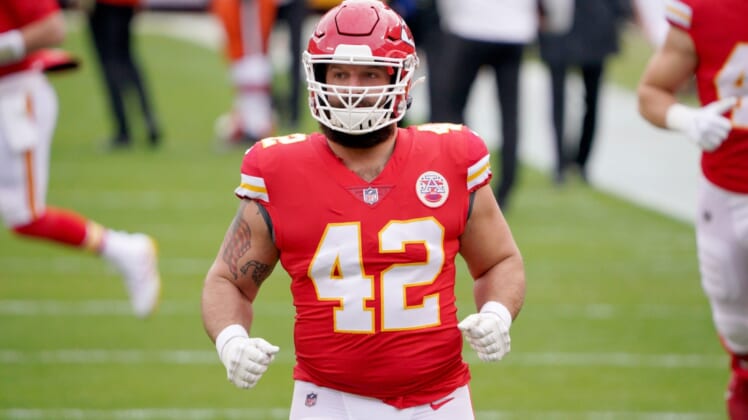 Kansas City Chiefs fullback Anthony Sherman announced Thursday that he is retiring from the NFL.

Sherman, 32, played eight years with the Chiefs primarily as a blocker and a member of the special teams unit.

Although he rushed for just 73 yards and one touchdown, Sherman caught 66 passes for 552 yards and four touchdowns across his 10 NFL seasons.

Sherman played his first two years with the Arizona Cardinals before spending the rest of his career with the Chiefs, whom he thanked on Thursday in a video posted to his Twitter page.

“Kansas City, thanks for all the memories,” he said. “It’s been a great run: eight years, Super Bowls. But it’s on to the next chapter.”