The Kansas City Chiefs have cut tight end Sean Culkin, who made news last month when he announced he planned to be the first NFL player to convert his entire salary to Bitcoin.

Culkin, 27, signed a reserve/future contract in February and would have received $920,000 if he made the roster as the primary backup to six-time Pro Bowl tight end Travis Kelce.

“I fully believe Bitcoin is the future of finance and I wanted to prove that I have real skin in the game — not just trying to make a quick buck. I will be converting my entire 2021 NFL salary to #Bitcoin,” Culkin tweeted on April 26.

The recent additions of veteran Blake Bell in free agency and former Duke tight end Noah Gray in the fifth round of the 2021 NFL Draft apparently made Culkin expendable.

Former Carolina Panthers offensive tackle Russell Okung converted half of his $13 million salary from 2020 into Bitcoin. That $6.5 million investment was worth approximately $13.4 million as of Tuesday morning.

Per Forbes, Bitcoin is a decentralized digital currency that you can buy, sell and exchange directly without an intermediary like a bank. It was publicly launched in 2009.

According to the Kansas City Star, Culkin has a finance degree and is working on his MBA. 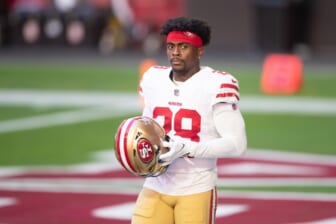