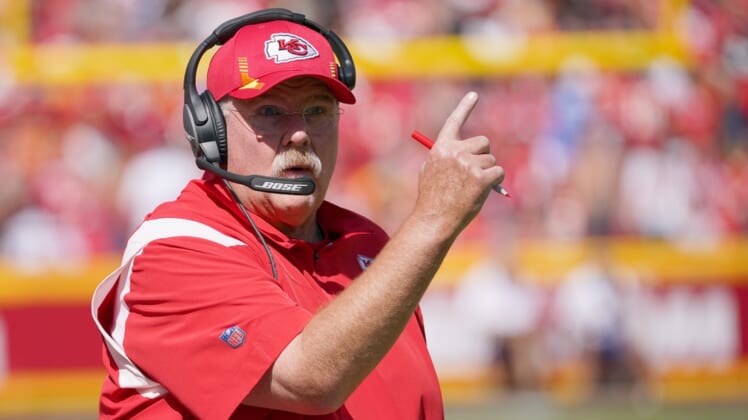 The team announced Reid, 63, is in “great spirits and doing well,” and that he’s expected back at the team facility later Monday or Tuesday morning.

Reid was feeling ill and left Arrowhead Stadium in an ambulance following Sunday afternoon’s 30-24 loss to the visiting Los Angeles Chargers. He was taken to The University of Kansas Health System and treated for dehydration, reportedly.

The Chiefs (1-2) turned the ball over four times against the Chargers (2-1), including two interceptions by Patrick Mahomes and lost fumbles by Tyreek Hill and Clyde Edwards-Helaire.

The Chiefs play at Philadelphia in Week 4.