Andy Reid offers hilarious quote about his return to Philadelphia

While the spotlight in the NFL this week has centered on Tampa Bay Buccaneers quarterback Tom Brady returning to Foxborough, Kansas City Chiefs coach Andy Reid also has a homecoming on Sunday.

Reid and the Cheifs are facing the Philadelphia Eagles at Lincoln Financial Field, a matchup against the team Reid spent more than a decade coaching.

ESPN’s Adam Teicher wrote about Reid’s return to Philadelphia, talking to the former Eagles’ coach about the city and getting insight from those who worked in Philadelphia. Among the quotes from the story, Reid showed why everyone loves his personality.

“There wasn’t a cheesesteak there that I didn’t like.”

The 63-year-old coach, who made a full recovery from last Sunday’s medical scare, was named the Eagles head coach in 1999. Across 14 seasons in Philadelphia, the Eagles enjoyed eight seasons with double-digit wins and the franchise reached the playoffs nine times.

Now, as Reid returns to the city where he spent important years of his life, he is reflective on the impact it had on him and is excited about facing his former team.

“I loved my time in Philadelphia. I think it’s a great city. I love the people and I love the organization there. I had a phenomenal 14 years. I mean, it was awesome. Do I look forward to coming back? I look forward to the game and the challenge of playing the Eagles. That’s really what it’s all about right now.” 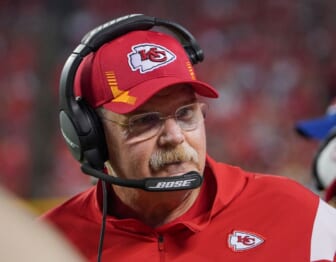 A victory over the Eagles could be even more special for Reid. If the Chiefs win, Reid will become the first coach in NFL history to win 100-plus games for multiple teams. If he is successful, perhaps he’ll celebrate with a cheesesteak.