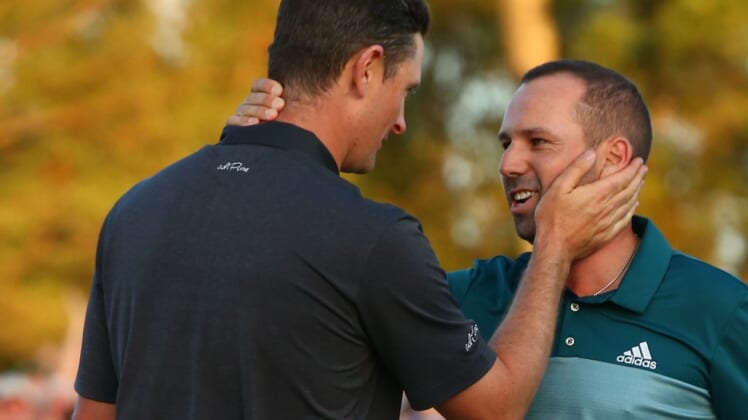 After being defeated by Sergio Garcia at the 2017 Masters, Justin Rose showed a tremendous amount of class, despite what was certainly a crushing personal loss.

The two European stars battled it out in the final group on Sunday, putting on a show for those watching at Augusta National and at home. In the end, despite some hiccups and what seemed to be yet another meltdown from the Spaniard, he outlasted his English foe.

After packing up his gear and likely a bit of reflection, Rose sent Garcia a message on Twitter congratulating him on the social media platform for all to see.

Congrats @TheSergioGarcia
Incredible battle out there. Sport in the moment can be tough. But it's just sport. Hope you guys enjoyed it. pic.twitter.com/er7OzrdTgA

The two golfers really have a lot of respect for one another, as is plainly evident. Hopefully this won’t be the last time we get to see them slugging it out on a Sunday at a major championship.