Justin Rose (back) withdraws from The Open 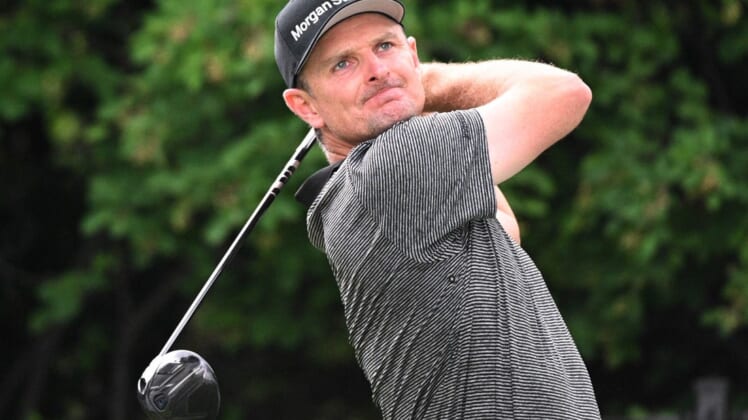 A back injury will keep Englishman Justin Rose out of The Open Championship at the Old Course at St. Andrews in Scotland.

Rose, 41, withdrew before Thursday’s opening round, which he was scheduled to play with Tommy Fleetwood and Francesco Molinari.

The winner of the 2013 U.S. Open, Rose was seeking his first championship at The Open. His best finish came in 2018, when Molinari won at Carnoustie and Rose finished in a four-way tie for second.

Rose injured his back on Wednesday during the practice round.

“On the fourth hole yesterday during my practice round, I made a swing with my driver and started to feel pain in my lower back,” Rose said. “I’ve been getting around-the-clock treatment, but it just doesn’t feel ready to compete in this prestigious championship.”

Rikuya Hoshino of Japan replaced Rose in the field.

Rose missed the cut at this year’s Masters, tied for 13th in the PGA Championship and tied for 37th in the U.S. Open. His best finish of the year came last month when he tied for fourth at the RBC Canadian Open.

Also withdrawing with a neck injury was Erik van Rooyen of South Africa. Aaron Rai of England replaced him.