Justin Houston and Spencer Ware ‘good to go’ for Chiefs 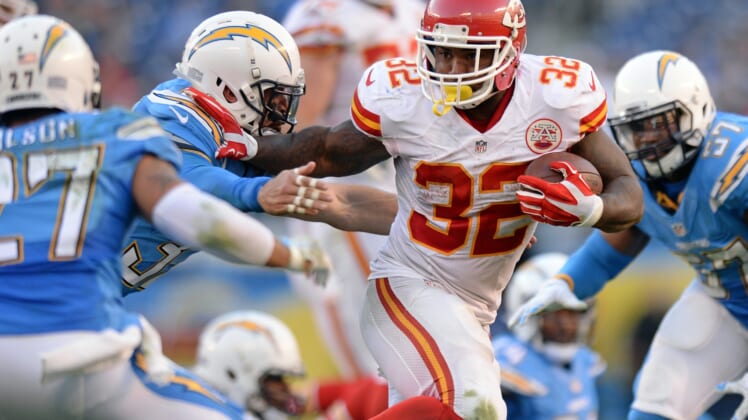 With a playoff matchup looming against a potent Pittsburgh Steelers squad, the Kansas City Chiefs could use every bit of help possible if they have aspirations of winning the Super Bowl.

Good news came today for the Chiefs, as head coach Andy Reid announced that key starters, running back Spencer Ware and linebacker Justin Houston, were “good to go” for this week’s matchup.

"Everybody that was banged up is good to go.'' — Andy Reid on injured players, including Justin Houston and Spencer Ware

Reid pointed out that not only were Ware and Houston good to go but so were the rest of the “banged up” Chiefs players.

Houston especially will be key to slowing down Ben Roethlisberger, as harassing and creating havoc in the backfield will force Big Ben off his initial game plan. Add in the problems Houston poses in the run game, and his health and ability to create issues for an offense will be massive against Pittsburgh.

And with Ware showing the ability to attack the middle of a defense, his return should be a huge help. A strong run game will be key to taking pressure off of Alex Smith, allowing Andy Reid to use the full extent of his offensive playbook.