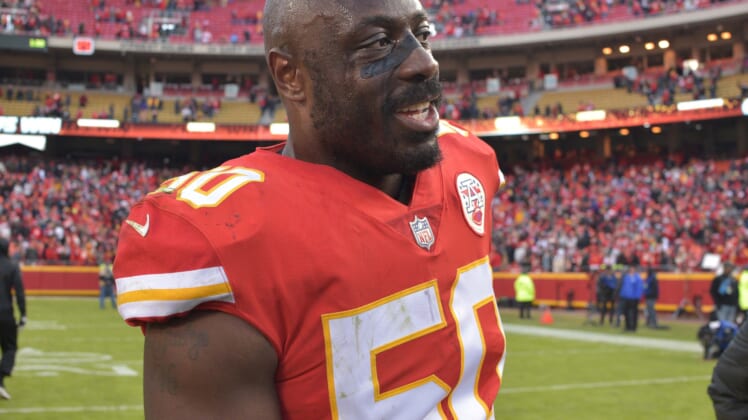 After attempting to trade the veteran outside linebacker, the Kansas City Chiefs have released Justin Houston, per ESPN’s Adam Schefter.

Chiefs are releasing four-time Pro-Bowl LB Justin Houston, per source. They had tried to trade him, but no one willing to pick up the $15.25 million base salary that was due this season. Houston now a free agent.

This has been on the horizon for a while, and one reporter said it was going to happen last week. However, the Chiefs tried one more time to move Houston before free agency but were unable to find a willing partner to make a deal.

Houston was due to count for $21.1 million against the cap this season with a base salary of $15.25 million. He was set to be a free agent in 2021 and still has two years left on his contract, with $7.1 million set to count as dead cap money for the Chiefs.

The 30-year-old pass rusher is coming off a nine-sack 2018 season that also included an interception.