Junior Seau’s Family Lashes Out Against the NFL 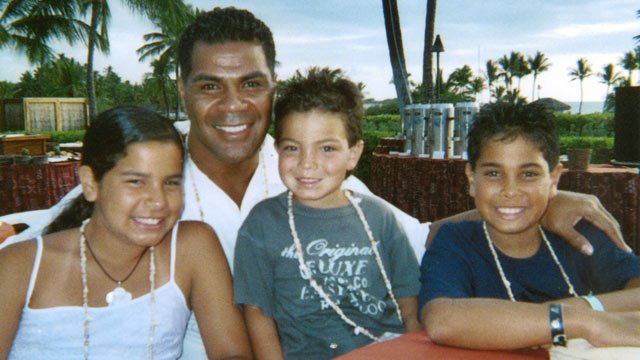 Showtime’s 60 Minutes Sports will air a segment on Tuesday that focuses on Junior Seau’s family and their thoughts on how the National Football League has responded to calls for it to take on more responsibility relating to concussions and head injuries of former players.

In the segment, Seau’s ex-wife talked about how her late husband would react to the injuries that he suffered on the field as a player.

When he would come home from games, he would go straight to the room. He’d lower the blinds, the blackout blinds, and just say, ‘Quiet, my head is, is burning.’

Seau committed suicide at the age of 43 back in 2012. Details surrounding Seau’s death led many to believe that he was suffering from CTE (Chronic traumatic encephalopathy), a degenerative brain disease found in individuals who have suffered repeated brain injuries, including concussions.

It’s a disease that can only be diagnosed postmortem. Following his death, Seau’s family donated his brain tissue to the National Institute of Neurological Disorders and Stroke, who initially indicated it wouldn’t release the findings.

But in 2013, his family released NIH’s findings, which showed signs of CTE.

The Seau family had an opportunity to collect $4 million under a proposed concussion lawsuit settlement, but decided against it. Instead, the family has filed a separate wrongful death lawsuit in order to create some sense of accountability from the league itself.

Speaking on the Showtime program, which is set to air Tuesday night at 10 p.m, Seau’s son Tyler had this to say about his father’s condition after his retirement from the NFL.

I saw a man right before my eyes changing. He wasn’t that happy go-lucky guy anymore.

Tyler then turned his focus to the league.

The NFL is taking no ownership for what they’ve done. There’s no responsibility on their part. They’re basically giving you a number and [being] like, ‘All right, there you go. We’re done.

The proposed concussion lawsuit settlement could be the largest in the history of professional sports. But as a multi-billion dollar industry, it wouldn’t put too much of a dent in the economic viability of the NFL moving forward.

What the Seau family wants is more accountability and a change in the league’s approach to both head injuries and how it treats former players.