Philadelphia 76ers legend Julius Erving has been around basketball for decades and as he sees the league shifting to a more player-friendly model, he can’t help but compare it to his playing days.

The NBA has significantly changed the way it handles players, giving stars far more freedom and putting less emphasis on the regular season. It’s sparked plenty of criticism from fans, who can miss out on seeing some of the best players when they sit out due to a minor injury or because their team is playing back-to-back games.

It ultimately led to the NBA creating a new resting policy in 2019, penalizing teams who rested their best players for certain road games during the regular season citing load management. But it still remained an issue this past season, influencing how many view today’s version of the game. 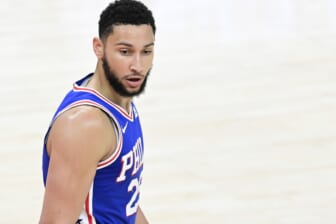 During a recent appearance on CBS Sports’ Nothing Personal with David Samson, Erving weighed on on the differences between eras and took a subtle shot at this generation of players being softer.

“That was the good old days, it kept the humility intact. You felt honored to be a professional athlete and not privileged because there was just some things you just had to suck it up and go do. We depended a lot on our trainers and equipment managers and what have you to move the franchise from city to city, and you always had to catch the first flight out the next morning so we didn’t have a lot of the conveniences they have today, but that’s okay. I think it’s made some of the players a little softer than the ’70s, ’80s, ’60s and ’50s players, but there’s fan appreciation for the softness and the finesse and it is what it is.”

Hall of Famer Julius Erving on differences in NBA eras, via CBS Sports’ Nothing Personal with David Samson

This isn’t the first time Erving has thrown some criticism towards the current generation of NBA players. He previously called this era of the game “soft” during an interview earlier this year, making some of the same points he is now.

It’s certainly accurate that teams are treating players far better than when Erving played. Minute restrictions, load management and catering to stars is a staple of the new era.

While today’s players might be softer in the eyes of NBA legends, they are also far more athletic and talented than those who came before them. The NBA is constantly evolving and with an added pressure to win championships, players capable of carrying a team to a title will receive superior treatment.